I imagine every one fondly remembers that favorite childhood bedtime story. I know I do. It was always a treat to spend the night at Grandma’s house, but the best part for me was that she always asked me what Bible story I wanted her to read before we said our prayers and turned off the lights. “Jonah and the Whale” was usually my immediate answer. Grandma even had an illustrated children’s book of the story with bright pictures that captured my imagination.

She read it to me so many times that I had it memorized before I learned to read. I wish I could remember what attracted me to that story. I am afraid it had something to do with swimming in the sea with the whales. As far back as I can remember I had an affinity for whales and dolphins. I remember Grandma telling me the lesson of the story is that you can’t run away from God. In my youthful pride, I soon believed I had learned that lesson and could move on. When the book of Jonah was taught later in Sunday-School or “big church,” I mentally reviewed the story and the moral, and only half-heartedly listened because I already knew this one. I am embarrassed to confess I don’t let go of my pride in my knowledge easily, and it took me a long time to revisit Jonah to realize there are a lot of grown-up applications in this short book.

Do you know the whole story? Have you read it lately? Feel free to stop here and read it with fresh eyes. It’s only four short chapters…it took me less than ten minutes to read it carefully. I’ll even hyperlink it here so you can read it online. Go ahead, read it. I’ll wait…

Now then, what was left out of the children’s illustrated version was that Nineveh was an evil place, the capital of the Assyrians who were the enemies of the Israelites at that time. Nineveh was 500 miles from Jonah’s home of Joppa. The Assyrians were ruthless warriors, who tortured their captives, exploited their poor, plotted against God, and encouraged prostitution and witchcraft. Knowing that, one might think Jonah was simply scared to obey God and go on this mission trip to Nineveh, and that’s why Jonah tried to flee for Tarshish in the opposite direction from Nineveh. But if you read the entire story, you see Jonah’s confession in chapter four, verse 2, “O Lord, is this not what I said when I was still at home? That is why I was so quick to flee to Tarshish. I knew that you are a gracious and compassionate God, slow to anger and abounding in love, a God who relents from sending calamity.” Jonah hadn’t wanted to go preach to his enemies because he knew God would forgive them and give them another chance. Jonah wanted them to be punished, not forgiven. Ouch. Am I sharing God’s love with everyone? Even those I think should be punished?

Go back to chapter one for a minute. Did you catch the beginning where because of Jonah boarding a ship to get away, God sent a storm to stop Jonah? This was a commercial trading ship, loaded with cargo. In an effort to save the ship and themselves, the sailors had to throw all the goods overboard to lighten the ship. Jonah’s sin had terrible financial consequences for the people around him. That fact was left out of my illustrated copy of the story. The grown-up application here is pretty obvious: even when I think my disobedience is between me and God, my actions do affect others in ways I could never predict. But keep reading to the end of the chapter…even though Jonah was disobedient and his actions hurt innocent people, God still used the events for a greater good, and all those sailors discovered who the God of Israel is and changed their lives accordingly.

Chapter two is Jonah’s prayer to God from the depths of the great fish (by the way, it was a fish, not a whale—don’t take my word for it, check your Bible). Jonah eventually realized that the fish that swallowed him up was sent to save him from drowning, and he thanked God for saving him. Here comes another grown-up application in verse 8: “Those who cling to worthless idols forfeit the grace that could be theirs.” Why was Jonah talking about idols? Idols are anything in our lives that come before our relationship with and obedience to God. Jonah was proud of being an Israelite, one of God’s chosen. He allowed the idol of patriotism to keep him from loving his enemy and sharing God’s grace with them. Once I realized this, I had to wonder what idols in my life are keeping me from my Heavenly Father’s grace. And then I realized, just as Jonah did 2600 years ago, that anything that separates me in any way from God’s goodness is truly worthless in relation to His eternal love.

And what did the Ninevites do when Jonah finally went and preached God’s message? They immediately fasted, confessed, turned from their evil ways, and accepted God’s mercy and compassion. And what did the Israelites back home do with the same message given by Jonah’s contemporaries? They ignored the prophets. (Read First and Second Kings.) And what did God do? He allowed Israel to be taken captive by the Assyrians.

It fascinates me how much can be gleaned from these childhood “stories” now that I know more of the history and meaning behind them. I am sure I slept better after Grandma read me the kid’s version. As a grown-up I realize how much more there is to this prophesy which was written to God’s people the Israelites, not the Ninevites. I encourage you to go back and revisit your favorite childhood story. How are the meanings and applications different now that you’re grown-up? 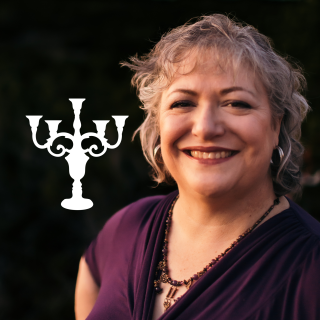 “Breathe, darling. This is just a chapter. It's not your whole story.”