May is National Stroke Awareness Month, and various organizations using social media have been doing an excellent job getting out information regarding warnings and symptoms related to stroke. I would like to use this post to flesh out some of those thoughts, and remark on some of the most prevalent comments and myths I hear after people learn that I have had a number of strokes.

Top Response by far: “But you’re too young to have had a stroke!” I would love to agree. My first stroke occurred when I was 37 years-old. Unfortunately the fact is that no one is too young. Babies in utero have strokes. Currently, teenagers are the fastest growing group of stroke victims. As with everything, the longer one lives, the more likely one is to experience anything; however, stroke is blind to all demographics.

“Who in your family had trouble with strokes?” Statistics seem to suggest that family history increases one’s chances of suffering a stroke, but just because you don’t have a family history doesn’t mean you are safe. No one on either side of my family has a history of stroke. I am the first. 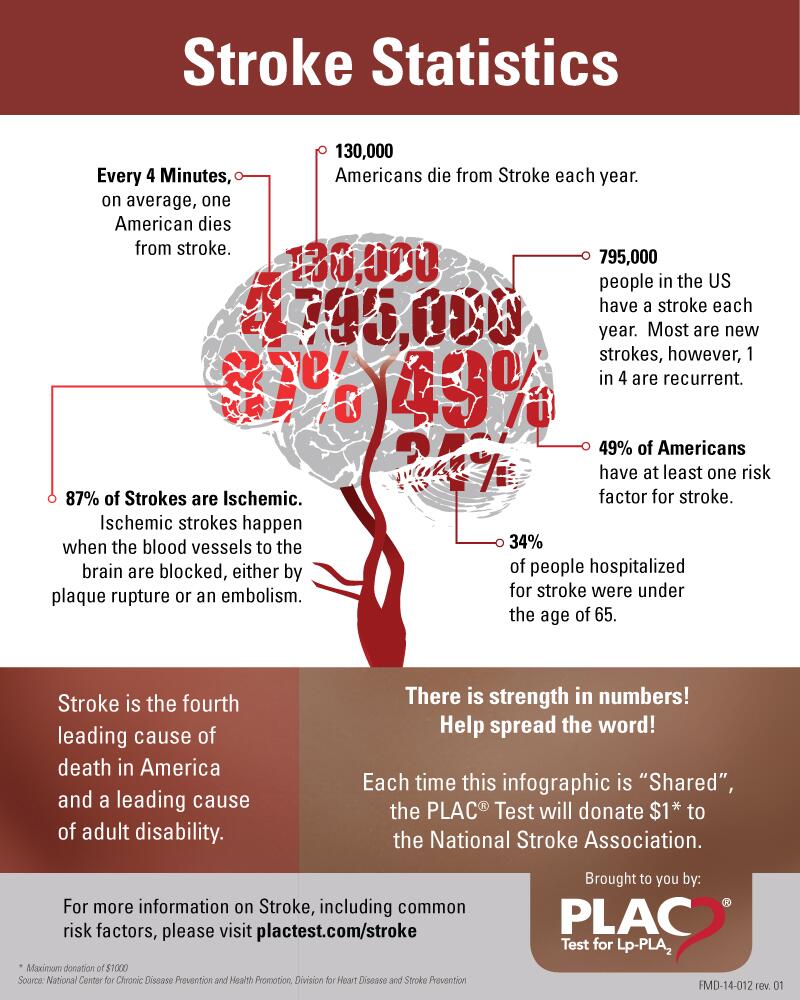 “Oh, but they must have been little mini-strokes since you are doing so well now.” This comment shows a basic and understandable misunderstanding of the term “mini-stroke.” A mini-stroke is not a small stroke, but rather a Transient Ischemic Attack (TIA). A TIA is a blood clot that breaks up before permanent damage is done. Long-term effects from a stroke are more dependent on what part of the brain was affected rather than how big the stroke was. I have had both “real” strokes, and TIAs. Each of my strokes affected a different part of my brain and had different symptoms and effects. I still deal with residual effects from each of the strokes. The reason I am doing so well is that I was able to get to a hospital in time to have a clot-busting drug (tPA) administered for two of the strokes, and that drug greatly reduced the permanent effects of those strokes. Additionally, I had long and difficult rehab after every stroke. Rehab included physical therapy, occupational therapy, speech therapy, cognitive therapy, biofeedback, and counseling to learn to deal with the major life changes the stroke caused. I am so grateful for each of the therapists who worked with me. Most of the residual effects I now deal with are not obvious to the casual observer. You can’t see that I have a lack of feeling on the right side. You can’t see that my brain works so much slower than it used to. You can’t see how hard it is for me to find the word I want sometimes. You can’t see how I have modified my life to avoid or circumvent things I can no longer do. You can’t see how my husband, sons, and service dog jump in automatically to do things I have trouble with.

“So are you more careful about your blood pressure and cholesterol now?” True, most strokes are caused by lifestyle, i.e., bad diet and lack of exercise, which contribute to high blood pressure and high cholesterol. However, not all strokes are caused by those demons. I was a vegetarian, worked out three times per week (treadmill, swimming, yoga, and weights), had low blood pressure, and normal cholesterol levels when my first stroke hit. I know my situation is rare. My strokes are actually a symptom of a neurological disorder, and had nothing to do with lifestyle. Please don’t think that just because you are “healthy” you can’t have a stroke. Know the warning signs anyway. I didn’t recognize that I was having a stroke the first time because I assumed I was too young and too healthy to have a stroke. I now know better.

I beg you, please learn to recognize the warning signs of stroke, and forget all your preconceived notions about what stroke is and who is at risk. If you have a heartbeat and a vascular system, you are at risk for a stroke. If not you, then someone you know and love is at risk. This month, three people I know have suffered a stroke, one of them died this morning from the stroke he suffered three days ago. Please share this information with everyone you know. Healthy living will reduce the risk. Knowledge will reduce the long-term effects. And, if you can, please support the wonderful organizations that are working so hard to educate the public and fund research to treat and end stroke:  American Stroke Association, National Stroke Association, and other agencies. Every forty (40) seconds another American has a stroke. Will you be able to recognize it? What will you do?